On the 20th July 1969, the first crewed mission landed on the moon, realising years of scientific effort and making a ‘giant leap for mankind’. With this week marking the 50th anniversary of the Apollo moon landing, what better time to reflect on the contributions that electron analysis has made in the field of space exploration.

The study of celestial bodies, which include planets, moons, asteroids, comets, and meteorites, is called planetary geology, astrogeology, or exogeology. An important aspect of this study is to identify which chemical elements and/or minerals are present in the rocks, as this can reveal insights into how they have formed, for example, in the presence or absence of water. It also allows the rocks and minerals to be classified and compared to those that we find in different geological settings on Earth.

When rock samples are returned from space, or fortuitously land as meteorites on Earth, they can be studied in a scanning electron microscope (SEM) to gain information on their chemical composition, mineralogy, and crystalline structure; ultimately revealing how they have formed.

Whilst NASA are marking the Apollo 11 50th anniversary on the 20th of July in many ways, notably with the restoration of the Johnson Space Centre flight operations room as it was back in the day, we here at Oxford Instruments are celebrating the 60th anniversary of our company, starting in 1959 as a spin-off from Oxford University. To celebrate both of these events, we are collaborating with Plymouth Electron Microscopy Centre (PEMC) to characterise a lunar meteorite discovered in Northwest Africa.

The Apollo 11 mission was the first Apollo mission to attempt a landing on the moon and subsequently to deliver lunar material into the hands of scientists back on Earth, who eagerly analysed the samples in order to understand the geological history of these rocks. As was the case at the time, these analyses used labour intensive techniques, typically involving painstaking light and X-ray microscopy. These first samples revealed much about the geology of the lunar surface and consequently helped select areas for the following Apollo missions all the way through to Apollo 17, three years later.

In later missions, astronauts travelled further afield in search of rock and soil samples, in order to gain a better appreciation of the rock types present in different regions of the lunar surface.

More recently, meteorites recovered from desert regions across Earth have been compared with the original Apollo samples to confirm their lunar origins. Several have been examined at PEMC, University of Plymouth, and the Applications Laboratory at Oxford Instruments in High Wycombe UK, using state of the art EDS and EBSD systems, which in combination can characterise such geological samples rapidly and accurately.

The lunar meteorite sample, designated NWA-10655 was examined in the SEM fitted with our Ultim® Max EDS & Symmetry® CMOS EBSD so that both chemistry and crystallography could be investigated at the same time.  The EDS revealed the distribution of elements within the rock and EBSD identified and showed the distribution of the various mineral phases by ‘indexing’ the electron diffraction patterns. This type of analysis was not available back in 1969. Back then, geological phase analysis was performed manually by using polarised light microscopes - an altogether more labour-intensive method. Combined Forward (FSE) and Backscattered (BSE) electron image showing a highly damaged, glassy region to the left of a recrystallized region, incorporating several geological phases, plus heavy cracking. The glassy and highly aggregated structures are typical in meteorites that have been subject to tremendous shock by the impact of the extra-terrestrial object into the parent body surface. Lunar meteorites are identified by comparison with rocks returned to Earth by the Apollo missions. Therefore, analysis of the phases, gives great insight as to their origin. EDS map showing the distribution of the elements

Electron Backscattered Diffraction (EBSD) captures electron diffraction patterns and can be coupled with EDS to efficiently identify the different compounds present. In this lunar meteorite, various mineral phases were found – shown here as different colours. The phase map reveals a coarse-grained aggregate of twinned anorthite (shown in red), and a number of other phases. To the left, smaller fragmented grains are present in a glassy (amorphous) region. Such amorphous regions, seen here in black, are associated with extremely violent events, consistent with the high velocity collision of celestial objects. A late stage crack, partially filled with calcite, cuts across the area and is probably indicative of terrestrial weathering. Visualising the presence and distribution of such compounds, in combination with element distribution maps, provides geologists with a formidable combination, essential to understanding the make-up of the lunar surface, and the Moon’s history. This map illustrates the power of EBSD to examine lunar samples with a level of detail, speed and convenience that was impossible at the time of the Apollo missions.

Here the orientation of the individual crystals for all of the phases is shown. The long straight features are crystallographic ‘twins’ – regions of mirrored crystallographic structure which can be induced by shock, as well as heat and subsequent recrystallization. Examination of the morphology, orientation and the relationship between the individual grains provides great insight into the sample, therefore adding to our understanding of our Moon.

Be sure to subscribe to the blog below to not miss out on one of our future blogs about the recently launched BepiColombo mission.

Ask us a question 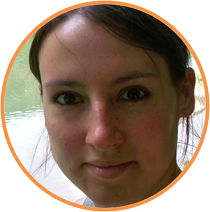