Why is lithium so special?

Lithium is the lightest metal on the periodic table of elements. Despite being extremely reactive, due to having just one electron on its outer shell, it is very reducing and is, therefore, an excellent candidate for making anodes. Lithium’s reactivity is responsible lithium never being found in nature as a native element; unlike precious metals such as gold and silver. Instead, lithium is at some degree a component in a list of 124 minerals which occur in four major geological environments: When was lithium discovered?

It is slightly more than 200 years since lithium was discovered by Arfwedson (1818) and Berzelius (1817) in 1817. It was 4 years later, in 1821, when lithium was eventually isolated by electrolysis (Brande, 1821). Soon, lithium’s superior physical properties (electrochemical characteristic, low density, high specific capacity, low redox potential) were discovered, too, and thus, the way was opened to considering lithium as a raw material suitable for the development of battery electrodes. However, the Li-ion battery only became viable with the development of multi-element electrodes. (Reddy et al., 2020; and references therein).

Several years later and omitting some steps for the sake of post length, Harris (1958) investigated lithium solubility in aqueous electrolytes and noticed the formation of a protective layer, known as the passivation layer. The significance of the passivation layer is immense, simply because it can isolate the electrolyte from lithium and in this way act as a physical barrier preventing direct chemical reactions from taking place. This has great implications on battery designing and production, as it readily impacts on safety.

Did you know? The Li-ion battery was initially called the ‘rocking-chair’ battery, describing the journey of ions from the one electrode to the other and back again during a full charge-discharge cycle.

Although the study of Li is technically challenging (fast oxidation), Bessette et al., (2019) have managed to successfully study lithium native passivation layers with a scanning electron microscope and bypassed the technical challenges by using a cold stage/cold trap.

A focus on safety

Due to the advent of e-mobility and electrification, Li-ion safety is in the foreground of all battery manufacturers decisions. Battery recalls often make the headlines with incidents of batteries catching fire and exploding. Recalls are a costly measure of avoiding injuries, which can be circumvented by more thorough raw materials screening, we even have a product, AZtecBattery, which can be used to assess the purity of electrode precursor powder. A major safety concern is the formation of dendrites, secondary structures which can pierce into the different battery components and lead to short-circuits. The dendrite formation can be investigated with electron backscatter diffraction (AZtecHKL and AZtecCrystal). Almost 200 years after its discovery, lithium remains of critical importance in battery manufacturing, but an old problem has to be addressed: lithium detection with X-ray spectroscopy. The main problem with Li detection is that the X-rays produced by a lithium compound, when the sample surface is illuminated by an electron beam, are both weak and few. They are often absorbed by the EDS detector window (Reed, 2005).

In 2017 a windowless detector (Ultim® Extreme) was released by Oxford Instruments to detect lithium (Hovington et al., 2016). The Ultim Extreme sensitivity has been key in the characterisation of native passivation layers, which were found to be very thin (outer layer was 25 nm) and laminated (outer and inner layer) (Bessette et al., 2019).

Battery research is ongoing and innovative. It involves the development of new materials which must be appropriately tested before they can be introduced to mass production, and we anticipate seeing a lot more progress in the near future. 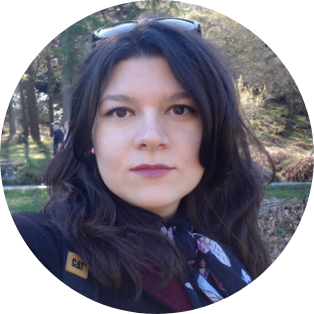