Many years ago, I was fortunate enough to be working for HKL Technology at the time when we developed and launched the Channel5 EBSD acquisition and data processing software. It was an exciting era for the technique – more and more researchers were understanding the potential of EBSD to reveal hidden microstructural secrets in their samples, and automation and speed developments were making the technique far more attractive to industry-based customers. I remember attending the annual Royal Microscopical Society EBSD meeting at Birmingham University in early 2001 where we previewed the Channel5 software for the first time, and seeing the look of astonishment on the face of one of our competitor’s sales staff, as a video of live data acquisition showed analysis rates of 25 patterns per second (remember that this was before even digital CCD-based EBSD detectors were available). This really was a dramatic leap forward! The data processing software that we developed all those years ago has stood the test of time remarkably well with hundreds, if not thousands, of customers worldwide enjoying Channel5’s blend of flexibility and functionality.

However, the EBSD technique is constantly changing and it feels as if we are once again going through a period of rapid and significant development. As is often the case, detector technology is the driving force: the introduction of high-speed CMOS technology, led by the launch of the Symmetry detector more than 2 years ago, enables researchers to characterise their samples in a matter of minutes, or to map large areas at unprecedented resolutions. Add to this the rise of EBSD as a standard analytical tool and it becomes clear that there is now a much greater breadth of EBSD expertise, with many relative newcomers keen to use the technique for routine measurements as well as a core of experts who continue to explore new ways to interrogate EBSD patterns and EBSD datasets. These changes have made it time to replace the Channel5 software: we now need a platform that can cope easily with datasets of many millions of measurements, maintaining the flexibility demanded by our high-end users yet keeping a simple and easy-to-use interface that makes processing EBSD datasets logical and intuitive for all levels of expertise. This is no small challenge, but we are delighted to have recently released AZtecICE as a core part of our EBSD portfolio to meet this challenge.

The difficulty with EBSD (as compared to EDS, for example) is that there is so much information stored within a single dataset. A user might want to measure the grain size, analyse the frequency of coincident site lattice boundaries, characterise the texture or investigate changes in dislocation density within a sample. A map can be any shape and pretty much any size, and data processing might take place on the same PC as the acquisition software, on a standalone workstation or on a researcher’s laptop. A significant amount of planning has gone into the design of AZtecICE to meet these demands, and we feel we have got it pretty much spot-on. The interface is clean, intuitive and familiar to our users who love the look and feel of AZtec:

The software is fast and uses many intelligent defaults behind the scenes yet, dig a little deeper, and there are a whole host of flexible options that will satisfy the more demanding user. We have retained (and reworked) the functionality from Channel5 that users liked, such as the flexible subsetting and the layer-upon-layer way to create maps. For example, the animation below shows how a map can be built up in a series of steps, here to highlight deformation around crack tips in a duplex steel:

However, perhaps most importantly (and, from my perspective as the EBSD Product Manager, most excitingly) AZtecICE lays the platform for development in the months and years ahead. We have many ideas for new features and advanced functionality, and we are constantly listening to our customers to find out what problems they are trying to solve using the EBSD technique. The release of AZtecICE will help many of our users understand their samples that little bit easier, even though here at Oxford Instruments NanoAnalysis we are treating it as the first step on what we hope will be a long and successful journey.

At Oxford Instruments, our goal is to make solutions rather than products, find out more about AZtecICE now and book a demo below. 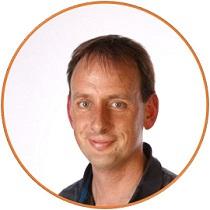